Advantages include strong political will, an abundance of natural resources for renewable energy and heavy investments in green public transport, but the country will have to deal with agricultural methane emissions to reach Net Zero.

New Zealand ranks ninth on both the overall Index and on national preparedness, with a strong performance on policies and enabling environment. In 2019 the government amended the country’s Climate Change Response Act with new measures drawing on the UK model, including an independent climate change commission, the adoption of emissions budgets and a commitment to reach Net Zero by 2050 in all greenhouse gases, with the exception of methane from livestock and landfill.1  It is now working to complete these budgets for the next 10-15 years by the end of 2021.

New Zealand became the first country to legislate the use of Taskforce on Climate-related Financial Disclosures recommendations for certain companies and financial services organizations and in December 2020 it announced its Carbon Neutral Government Programme to make a number of the country’s public sector organizations carbon neutral as early as 2025.2

“There is a very strong political focus that has increased over the last couple of years,” says Ronja Lidenhammar, Manager, Sustainable Value, KPMG in New Zealand. Both public and private sector organizations are increasingly engaged in tackling climate change, and she sees co-operation as key: “There are some very big challenges ahead and it will take government and the private sector to work together.”

However, she adds that the country faces unusual challenges in moving towards Net Zero. Much electricity is already generated from renewable sources including hydroelectric and geothermal, but for other energy the country relies heavily on oil and gas imports. There is relatively low potential to use solar power and nuclear energy has been politically unacceptable since the 1980s. As electricity demand increases, the development of large-scale pumped hydro storage facilities is challenging due to local concerns about negative ecological impacts. As a result, energy sources such as geothermal and wind, currently abundant but under-used resources, have the potential to be significantly increased. The energy authority is also working to reduce consumption in buildings and industry by encouraging improved efficiency.

The government is working to improve public transport and has just launched its first Rail Investment Programme intended to improve rail services across the country, although from a very low base following a period of under-investment and, for much of the freight network, a state of managed decline.3 There are also ambitions to encourage more walking and cycling. In February 2021, it announced funding for 22 low-emission transport projects to tackle the low adoption of electric vehicles and lack of availability of charging stations4 and in June said it will start subsidizing electric and plug-in hybrids to the value of 8,625 New Zealand dollars (NZD) (about USD6,000) for new vehicles and NZD3,450 for used ones and fund more charging facilities.5 However, these discounts will be funded by fees on higher emitting vehicles, leading to concerns from freight companies about the impact on the cost of trucks and complaints from farmers who argue that current electric vehicles are unsuitable for agricultural use.6 More broadly, New Zealand has yet to set a date to ban the sale of internal combustion engines.

New Zealand gets the highest score in the agricultural sector of the 32 countries in the Index, including for high levels of forest biomass, low levels of food loss resulting from strong government action and a comparatively high number of agricultural clean tech companies. However, there is significant work to be done across all countries in this sector. Lidenhammar says that the government has said little about how agriculture will need to change to support climate change goals compared with energy and transport: “It’s a very precious sector for New Zealand, a politically sensitive area.”

Given agriculture makes up a large share of the economy and that New Zealand is the world’s biggest dairy exporter, the omission of methane emissions from livestock and landfill will become a significant barrier to the country hitting a true Net Zero target unless it is addressed. There are plans to reduce methane through already-available low-emission feeds and in future breeding programs, methane vaccines that could utilize animal immune systems and the addition of seaweed to animal food.7

“New Zealand’s government is generally very supportive of taking global action against climate change,” says Henning Gloystein, Director, Energy, Climate and Resources, Eurasia Group. “The country’s economic structure, however, poses some challenges. Arguably the biggest one will be to reduce methane emissions from its huge cattle livestock and dairy industry. New Zealand has faced similar policy pressure to reduce the impact of its timber industry by enacting ambitious reforestation policies. Solutions are likely a combination of improving technology, credible carbon offsetting measures, and allowing some cattle land to be re-forested.” 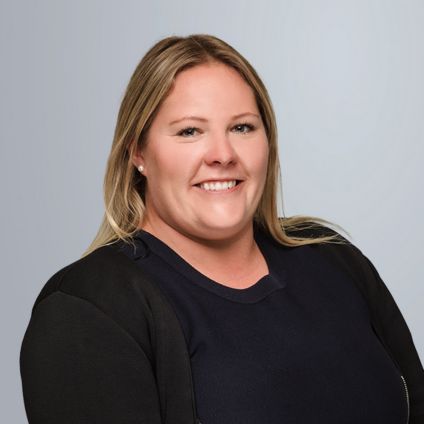